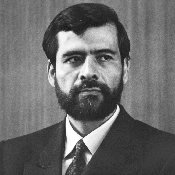 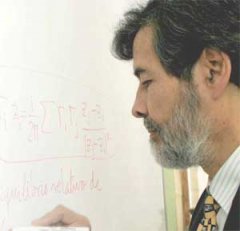 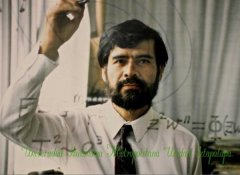 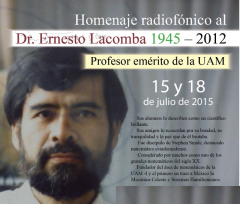 Professor Ernesto A. Lacomba was born in Mexico City, where he carried out his undergraduate studies at the National Polytechnic Institute. He continued his graduate studies at the University of  California, Berkeley, U.S.A., and in 1972 got his Ph.D. degree in mathematics under the supervision of Stephen Smale; his great passions started from there: one of them is celestial mechanics (another  one is meditation). Then he got a postdoctoral Latin American Teaching Fellowship from Tufts University, Mass., U.S.A., which allowed him to teach during one year at the University of Brasilia, Brazil. Later on, he paid several research visits to Brazil, France, Spain and Argentina. He is a founding professor of the Iztapalapa campus of the Universidad Autonoma Metropolitana (UAM) in Mexico City, and among his many distinctions, he was appointed distinguished professor at UAM, got a mention of honor in the OAS research prize Noriega Morales for young scientists, won the Lazaro Cardenas award of the National Polytechnic Institute in Mexico, and more recently the Premio Ciudad Capital Heberto Castillo from the Science and Technology Institute of Mexico City. He is a member in the highest level of the National Researchers System in Mexico.

His fields of research include celestial mechanics, Hamiltonian systems, symplectic  geometry and their applications to physics. In the Mathematics Department of UAM Iztapalapa, Prof. Lacomba was a leader in the consolidation of one of the most important academic research teams in the national and international research community. His closer collaborators whom he considers strong pillars in his research team are Joaquin Delgado and Ernesto Perez-Chavela. Other collaborators and team members in Mexico are J. Antonio Garcia, Mario Medina and Martha Alvarez from UAM, as well as Manuel Falconi and Antonio Hernandez from UNAM (the National University of Mexico), Gerardo Hernandez from Cinvestav, and Manuel de Leon from CSIC of Spain. His close collaborator abroad has been  Jaume Llibre from the Universitat Autonoma de Barcelona, Spain, who is a distinguished professor and one of the most important researchers of Spain in the area of celestial mechanics and qualitative theory of differential equations. Profs. Lacomba and Llibre started together the organization of the International Symposium of Hamiltonian Systems and Celestial Mechanics (HAMSYS), later joined by Delgado and Perez-Chavela. Up to date, editions I to IV of HAMSYS have already taken place and the V HAMSYS will be held in 2008. During this meeting, researchers in the area of the highest  international level get together, and graduate students attending it benefit from the interaction with many experts.

We will now briefly describe some of the most important contributions in E. A. Lacomba’s research work. The study of the regularized constant energy surfaces in the restricted three-body problem and mechanical systems with symmetry [5–7]. This work falls within the framework of the Smale program for the topological study of mechanical systems via reduction by first integrals. His paper was,  simultaneously with Easton’s, among the first to clarify the role of singularity collisions in the determination of the topology. The introduction of blow up to infinity for the study of escapes in the n-body problem [4,8]. In contrast to total collapse in celestial mechanics, where one takes advantage of the homogeneity of the Newtonian potential, in these works the McGehee construction is generalized to the study of the infinity of configuration space for homogeneous potentials, detailed also for some polynomial potentials, as well as the geometrical description of the construction by means of contact geometry. Study of collisions in the trapezoidal four-body problem [9,10]. This is the first work where singularity collisions in problems with more than two degrees of freedom were analyzed. This work illustrates very well the mathematical style of Prof. Lacomba and his deep ideas in the study of said systems by means of topological techniques. Reciprocity principles and symplectic geometry: electrical networks, thermodynamics among others [1,3]. Related to these is the study of the geometrical formulation of mechanical systems involving collisions with possibly moving walls, as well as motions in non-holonomic systems like rolling spheres hitting a wall. Point vortices in bidimensional fluids, in particular the existence of self-similar or homographic solutions and their relation to collisions, as well as properties of the differential equations in terms of the square of mutual distances [2].

The special issue of Qualitative Theory of Dynamical Systems presented here is the result of the joint effort of authors and editors, and is intended to pay hommage and recognition to the always kind personality of Prof. Lacomba and his contribution to research. Those who were his students appreciate his great influence as a teacher, both in his way of doing research and in everyday work. We
thank him for all that.

Particularly important for this publication were the efforts of the chief editor of the journal, Jaume Llibre, to whom we acknowledge his great enthusiasm in the project. 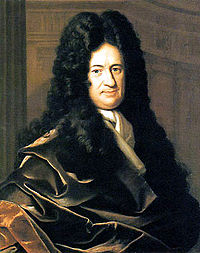